Our purpose: Fueled by our commitment to the democratic process, the UUCY Good Government Team celebrates pro-democracy movements and shares ideas on how you can join with other UUs across Pennsylvania to affect needed government reform.
​
A true democracy brings out the best parts of who we are and protects us from our worse selves. It disperses power, is transparent, and encourages mutual accountability. But since the sixties, an anti-democracy movement has shifted power to a small circle of billionaires and large corporations, like the Koch brothers, and the American Enterprise Institute, the American Legislative Exchange Council (ALEC), Heritage Foundation, and CATO Institute.

We will not give up until we reestablish genuine democracy. There is a rewarding, even exhilarating role for each of us in making democracy real. By working for change in state government, where our voices have the most power, we work for legislative change through UUPLAN and March on Harrisburg.

For ideas on community partnerships or to get involved by joining the conversation, contact Team Leader Carol Stowell (stowellcarol@gmail.com). 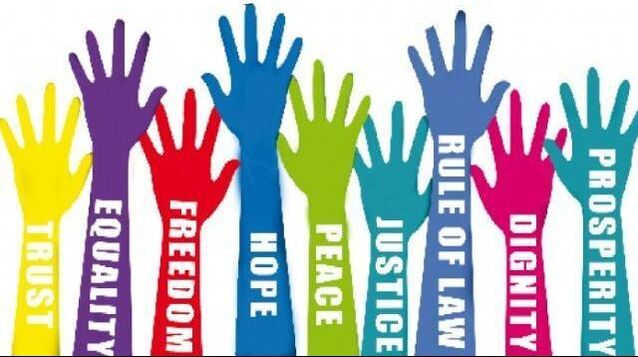 The UUPLAN (which stands for Unitarian Universalist Pennsylvania Legislative Advocacy Network) mission is to pursue justice by voting, advocating, and making just public policies in our state government. We have six justice teams that hold monthly conference calls with other UU activists across the state.  Individual teams focus on criminal, economic, environment, and reproductive justice, as well as good government reform and gun violence prevention. We partner with other UUs and advocacy groups to build effective power for change in the state of Pennsylvania.  Rev. Joan Sabatino lives in Harrisburg and is UUPLAN’s Director of Legislative Affairs and provides training and leads lobby teams in the state Capitol. ​
Learn More & Join UUPLAN
Want to know more about what is happening in state government? Check out these daily internet newsletters—all are free!
www.papost.org -  launched by WITF Public Media

UUCY’s Good Government Leader:  Carol Stowell has been an active UU for 30 years, in Gettysburg and York. She is currently on the board of UUPLAN (the Unitarian Universalist Pennsylvania Legislative Advocacy Network), and the leadership team of March on Harrisburg. Both organizations are working on state government legislative reform.